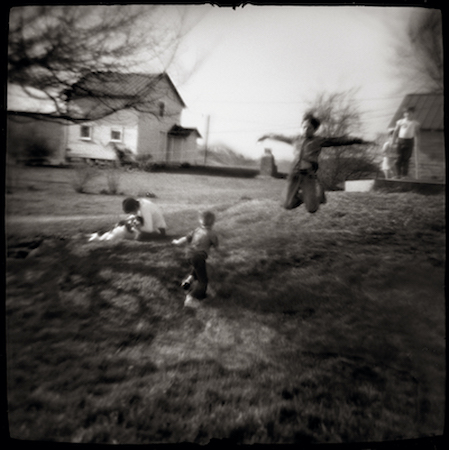 Nancy Rexroth’s body of work called IOWA is characterized as groundbreaking because of its inherent depth and unexpected qualities, photographed with a Diana camera, a plastic bodied film camera originally marketed as a novelty gift item in the 1960’s by the Great Wall Factory of Kowloon, Hong Kong and sold in the US for $1.
Ann Segal, a photographer herself, was intrigued by Rexroth’s poetic expression and the thought-provoking nature of her imagery. Segal created Light on IOWA, an intimate conversation with Rexroth revealing how spending summers in the Midwest informed her visual acuity and her unique perceptions about photography.
Rexroth’s recognizable style can be described as dream-like, bringing to life ordinary subject matter through the use of soft focus, skewed perspectives and selectively blurred details. Light on IOWA is the tenth video in the series Conversations with Photographers produced by Ann Segal for FotoFocus since 2014.
Videography by Scott Ginn, editing by Scott Ginn and Ann Segal.