Walnut Hills, since its founding, has been known for its cultural, ethnic, religious, and socio-economic diversity. One of the oldest neighborhoods in the city of Cincinnati, it was first settled by the Reverend James Kemper in 1804.

The Kemper Homestead is the oldest house in Cincinnati, a two-story log house, and was located between Park Avenue and Kemper Lane north of Windsor Street.

Later, wealthy landowners established expansive estates and built housing for their employees. Schools and other training and educational opportunities were established and commerce in the historic Peebles Corner area flourished. From its very beginning, the outstanding characteristic of this area has been the diversity of the residents. 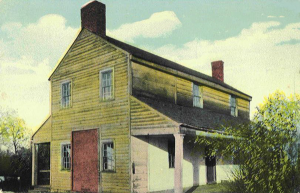 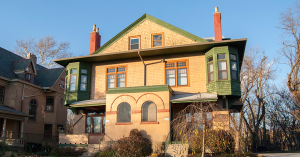 Our neighborhood was a key part of the Underground Railroad with resident Harriet Beecher Stowe and with the Lane Seminary hosting abolitionist debates in the mid-19th century.

During the first half of the 20th century, Peebles Corner, at E McMillan and Gilbert, became known as the second downtown because of its vibrant business district and close proximity to the downtown area.

At the end of the 20th century for a period of several years, community leaders formed the 45206 Alliance to create a vision for the neighborhood. That plan is still being used today as a guide for current and future development.

In 2013, the Cincinnati City Planning Commission formally adopted Form-Based Code in Walnut Hills. This type of zoning allows retail, commercial, office, and residential spaces to mix within the same development. Form-based code ensures that new or remodeled structures blend with the historic character of the neighborhood. 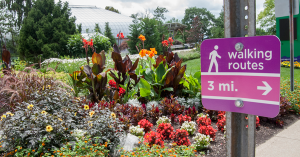 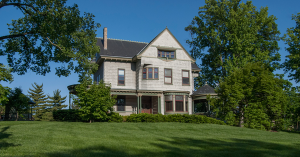 The Harriet Beecher Stowe House is a State of Ohio historic site, focusing on the author of Uncle Tom’s Cabin.

The Walnut Hills Public Library is the first of nine (9) Cincinnati Carnegie libraries. This branch opened on Kemper Lane in 1906.

Peebles Corner Historic District, focused around the E. McMillan Street and Gilbert Avenue intersection, is listed in the National Register of Historic Places. The intersection remains a key crossroads to our neighboring communities.

Cultural Treasures: Eden Park is one of Walnut Hills’ greatest treasures. It is home to the Art Museum, the Krohn Conservatory, the Seasongood Pavilion and Mirror Lake.

There are hundreds of creative people working individually and in collectives in Walnut Hills. Some of the city’s top architectural firms, sculptors, painters, jewelers, ceramic and glass artists, musicians, dancers, writers, illustrators, photographers, and designers are located in our community.

Recreational Facilities: The Melrose Impact Center and the Bush Recreation Center both offer a wide array of activities for people of all ages.

More than thirty (30) traditional and non-denominational places of worship are available throughout our community.

Walnut Hills is a warm and welcoming community. It is a great place for individuals and families to live whether you’re a long-time resident, renting your first apartment or owning a home.